Please according to your own measurements to choose your suitable size. The tags inside the items will show in our Asian (Type) size.

Monstrous Power
At 5200 lumen and 1640 yards of throw, NITECORE brings the Tiny Monster series back in full force with one of the most powerful long throw flashlights available. The TM39 Lite in its compact form loses no power or brightness compared to the full size version. This high-performance searchlight features a state-of-the-art luminus sbt-90 gen 2 LED that powers this monster to almost a mile of throw, which makes it ideal for hunting, exploration, search and rescue.

Simple User Interface
All the TM39 Lite needs is two buttons to unleash its potential. Tap the power button to switch the flashlight on and off and tap the mode button to cycle between four brightness settings while activated. While turned off, hold the mode button for direct access to turbo or hold the power button for instant low. A crisp onboard OLED display reports real-time information about output, battery status, estimated runtime, and operating temperature. This simple interface puts the power of the TM39 Lite in your hands.

Rechargeable Mega Battery
When powered with the recommended four NL1835HP batteries, the TM39 Lite has up to 20 hours of runtime. When it's time to charge, use the included AC adapter to directly charge the TM39 via the protected port. The OLED display will inform you of the charging status. There is nothing to fear on your next adventure, when the monster is already on your side; the NITECORE TM39. 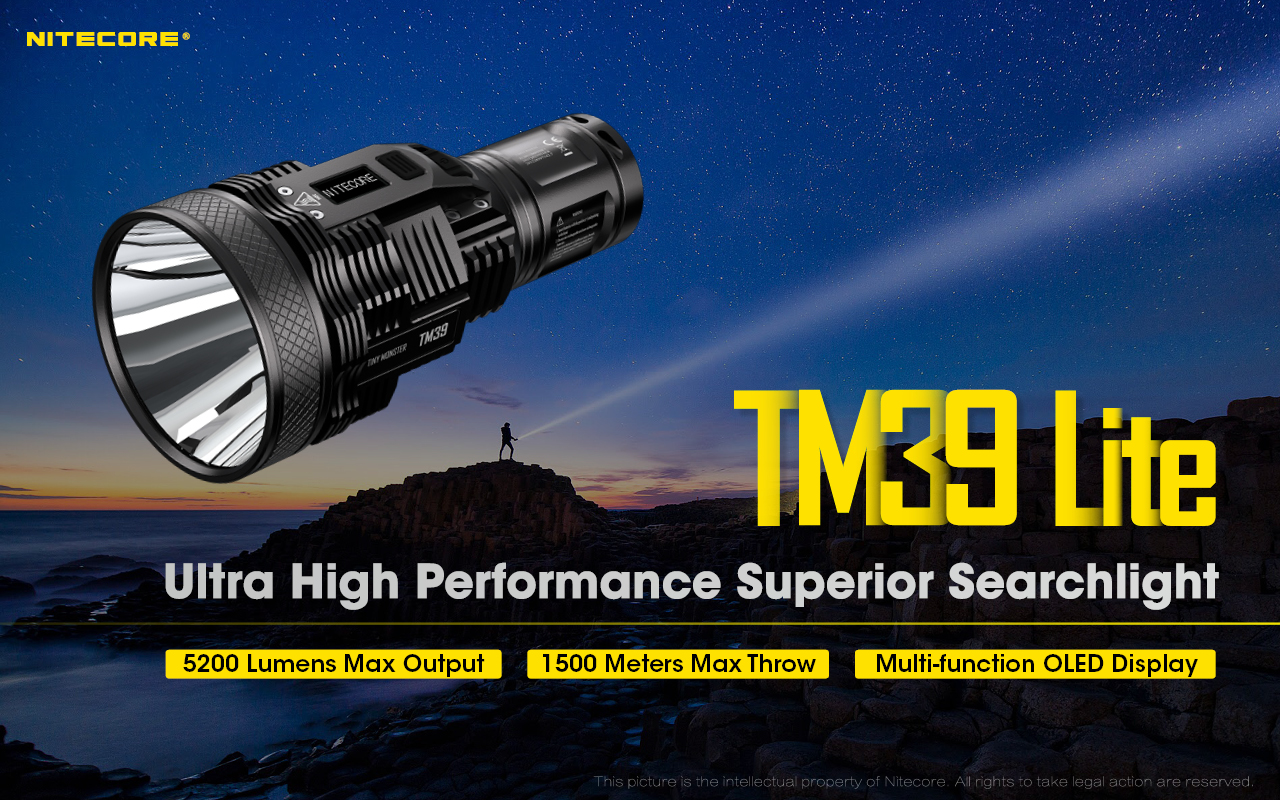 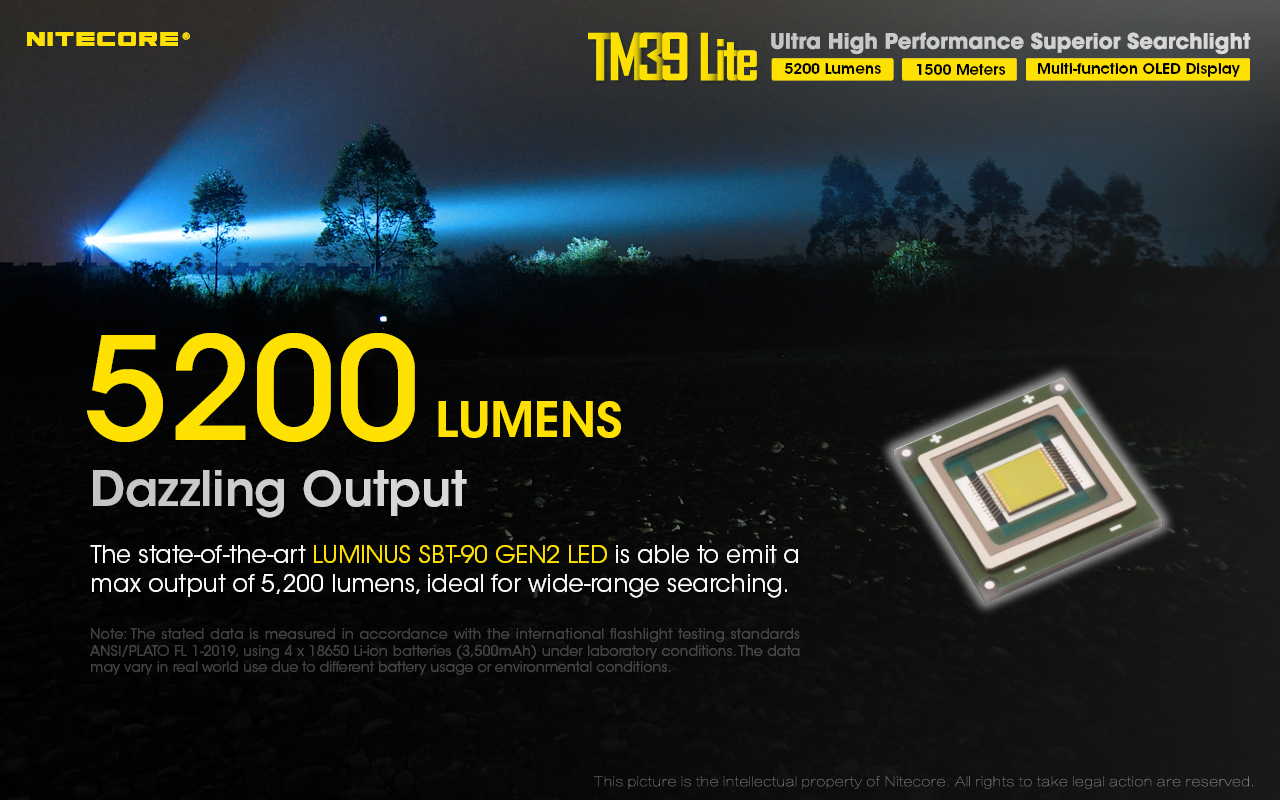 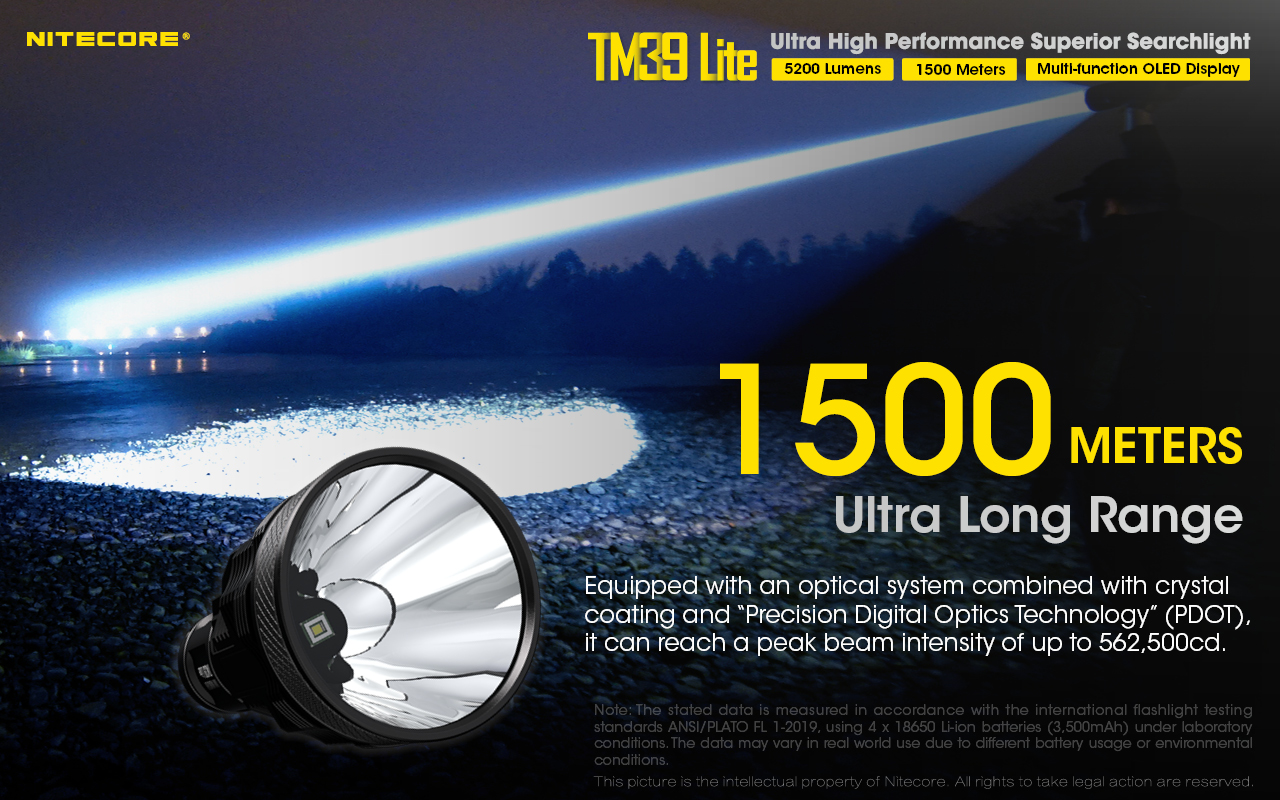 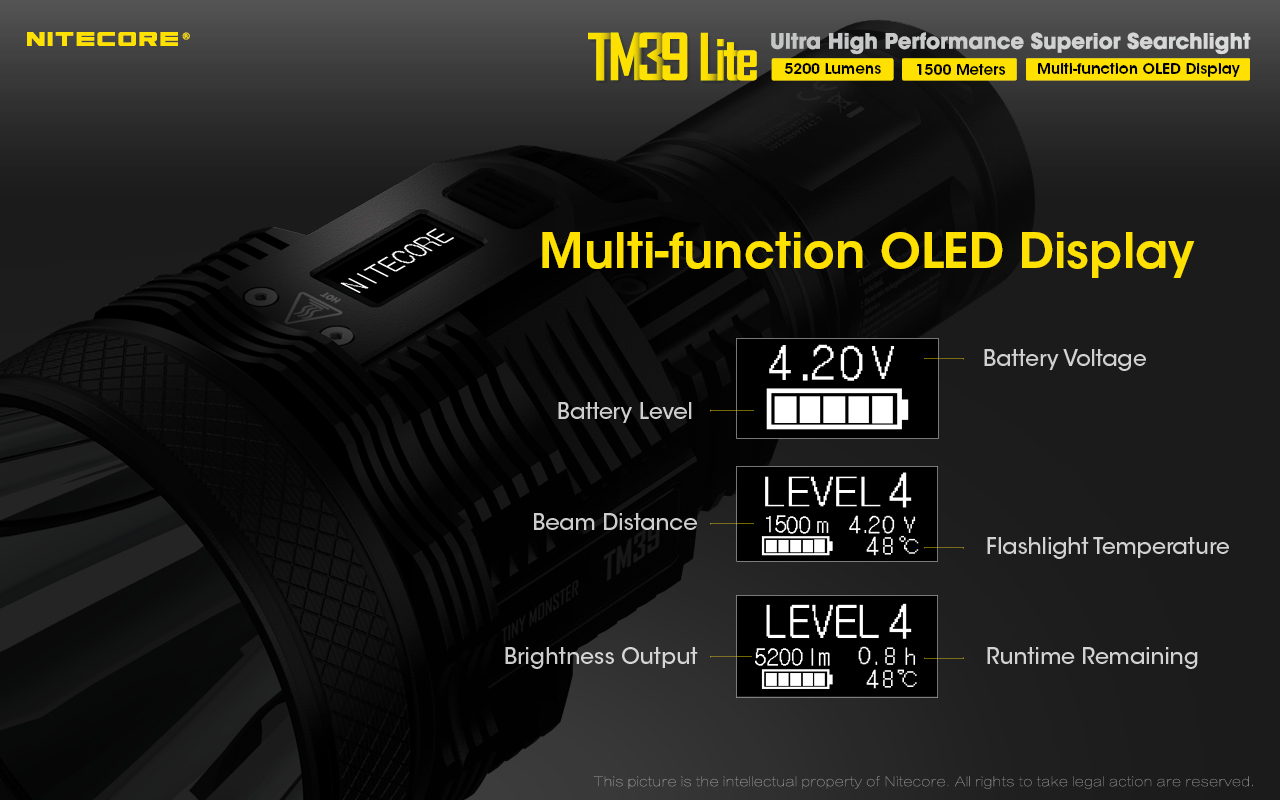 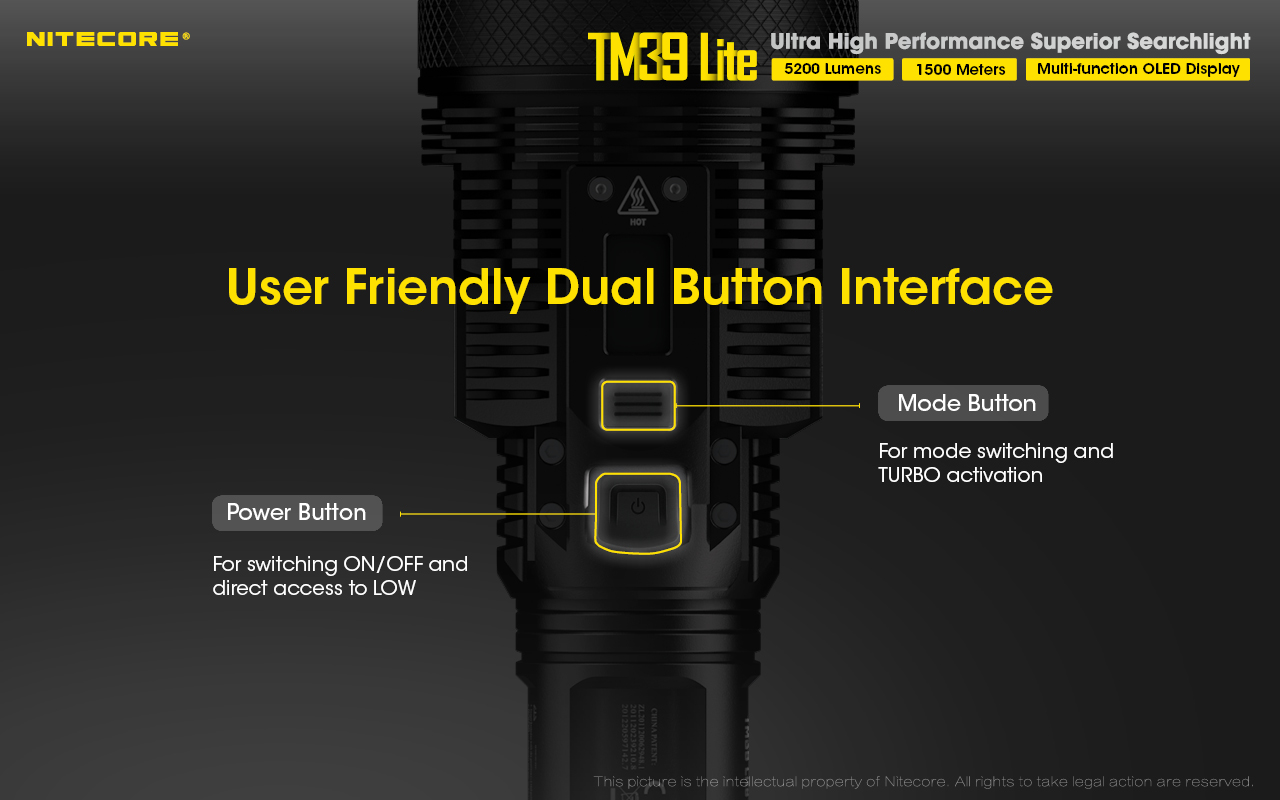 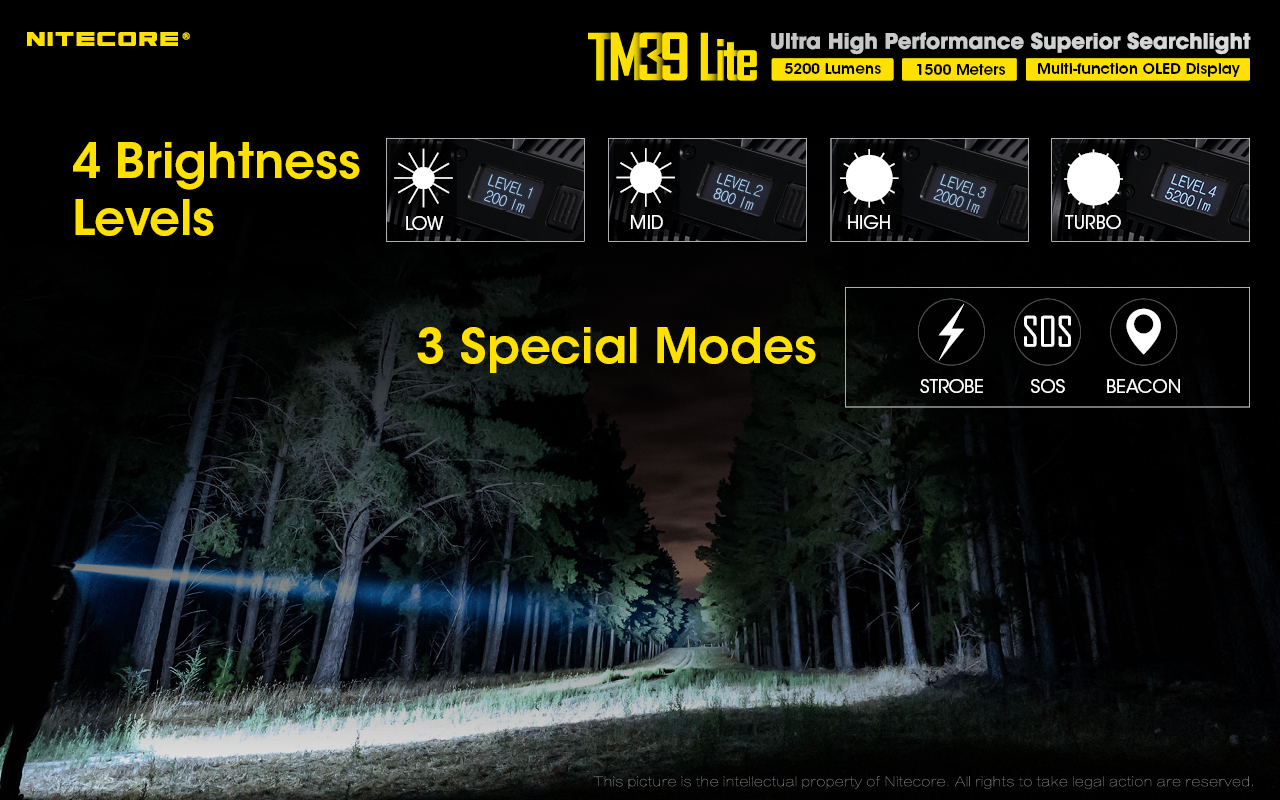 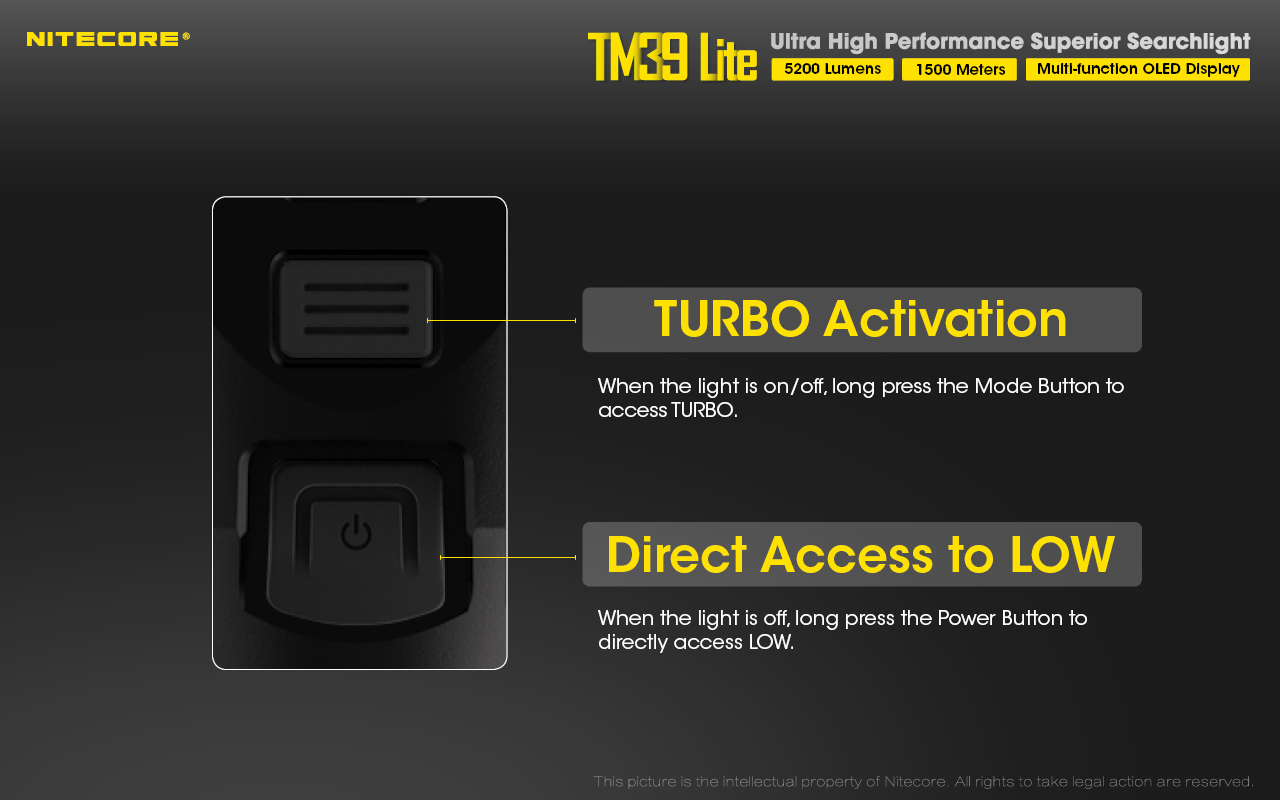 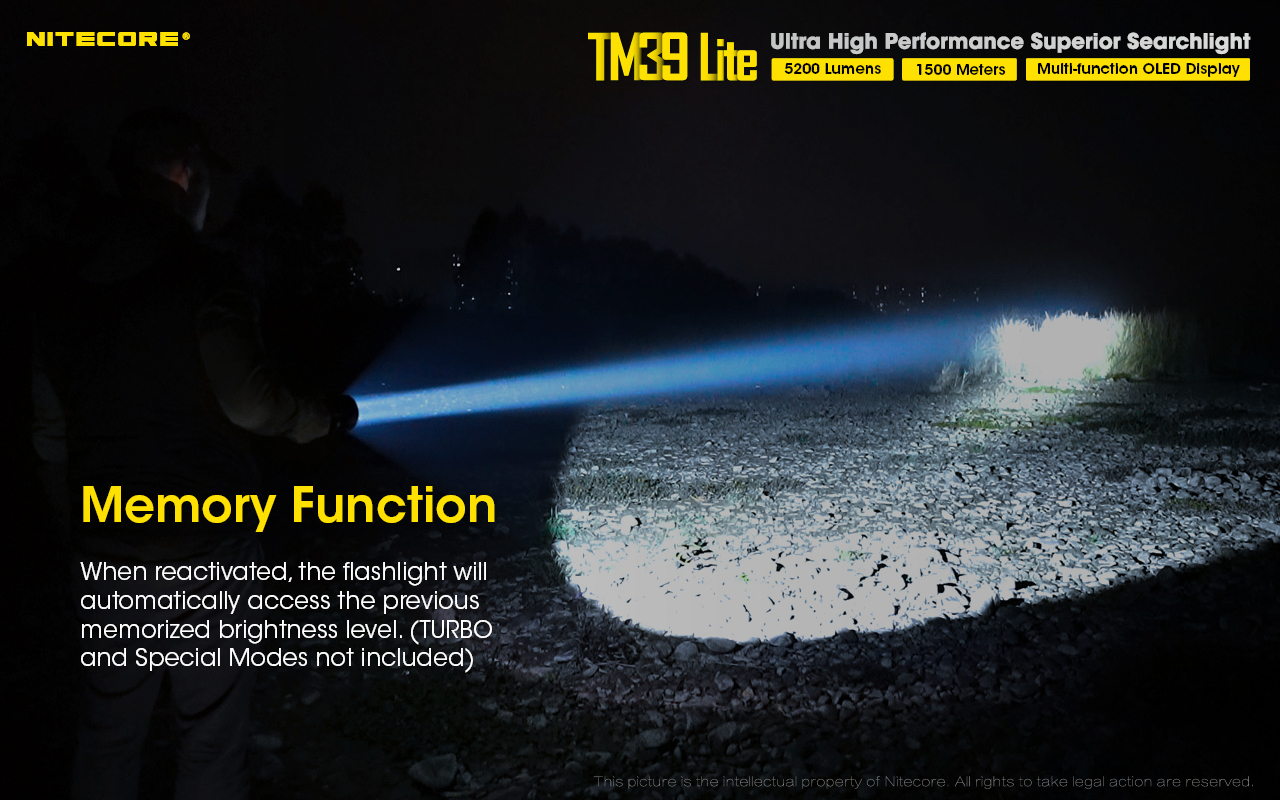 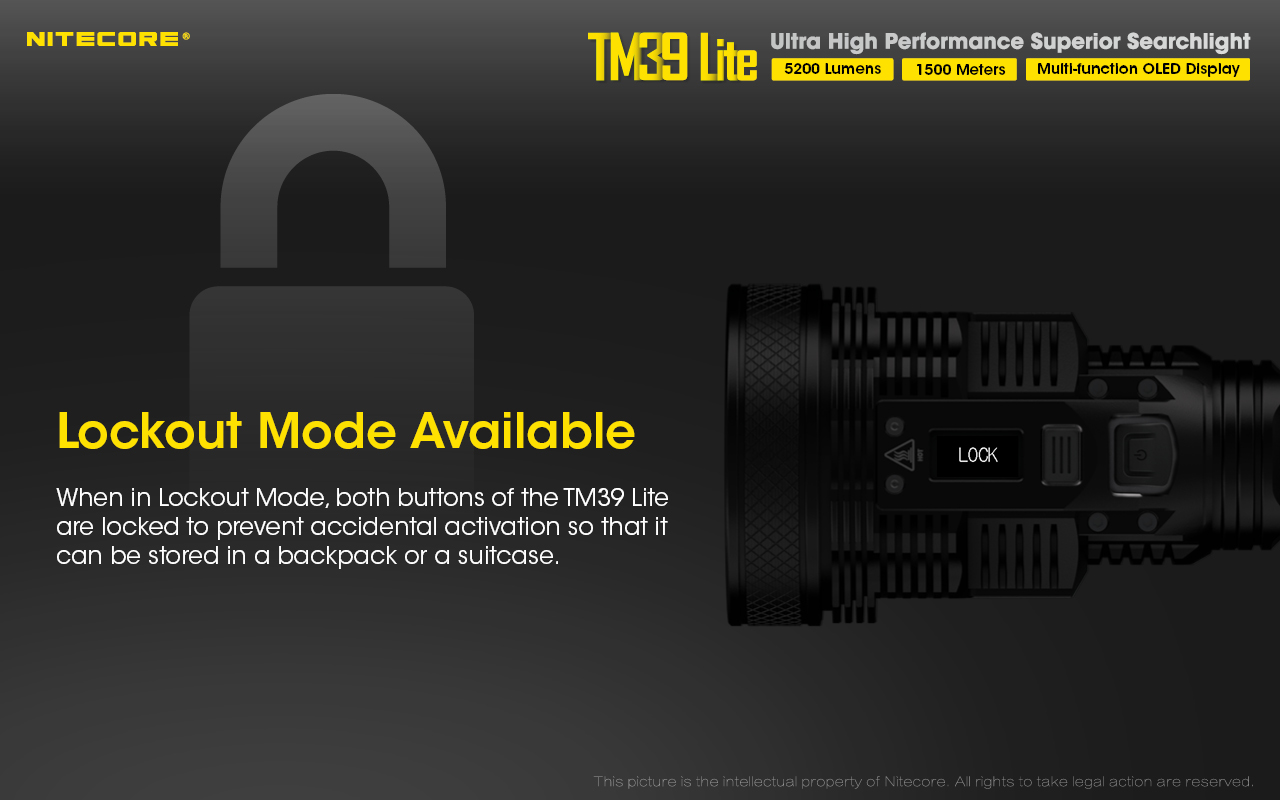 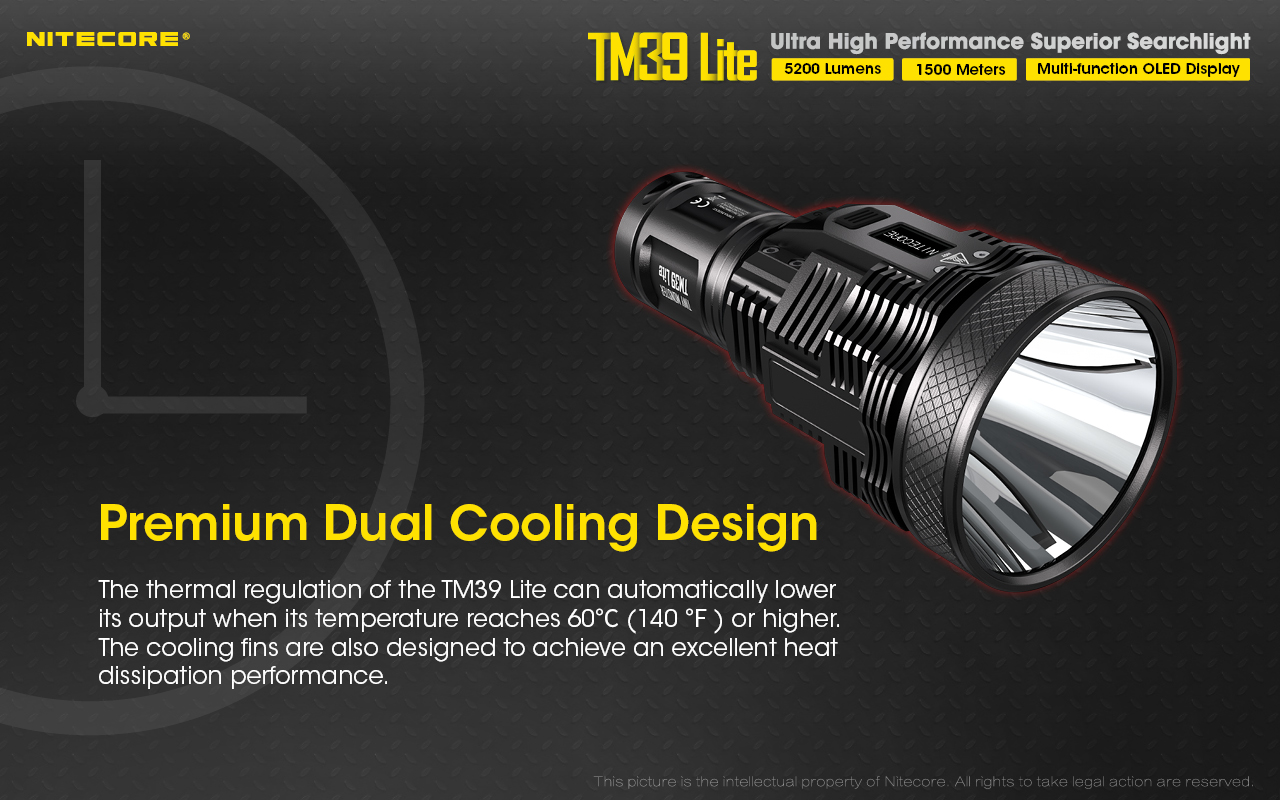 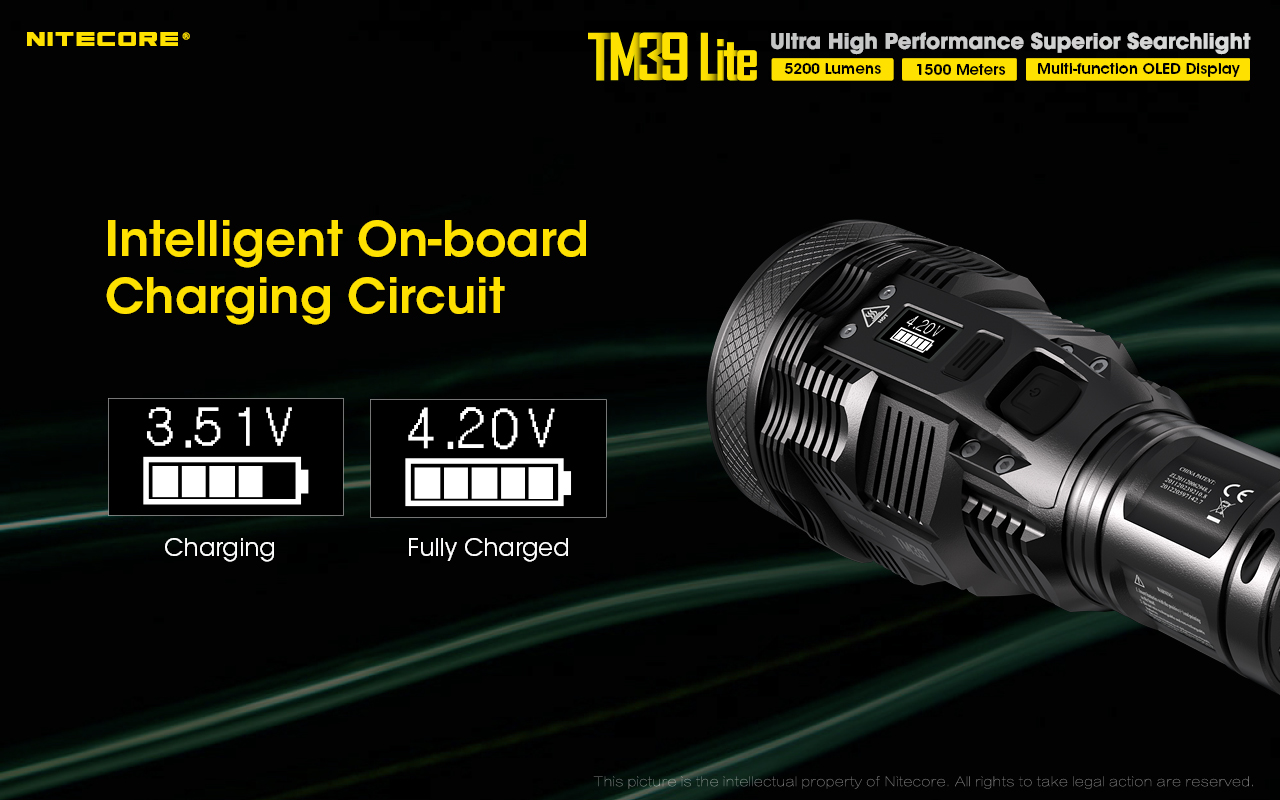 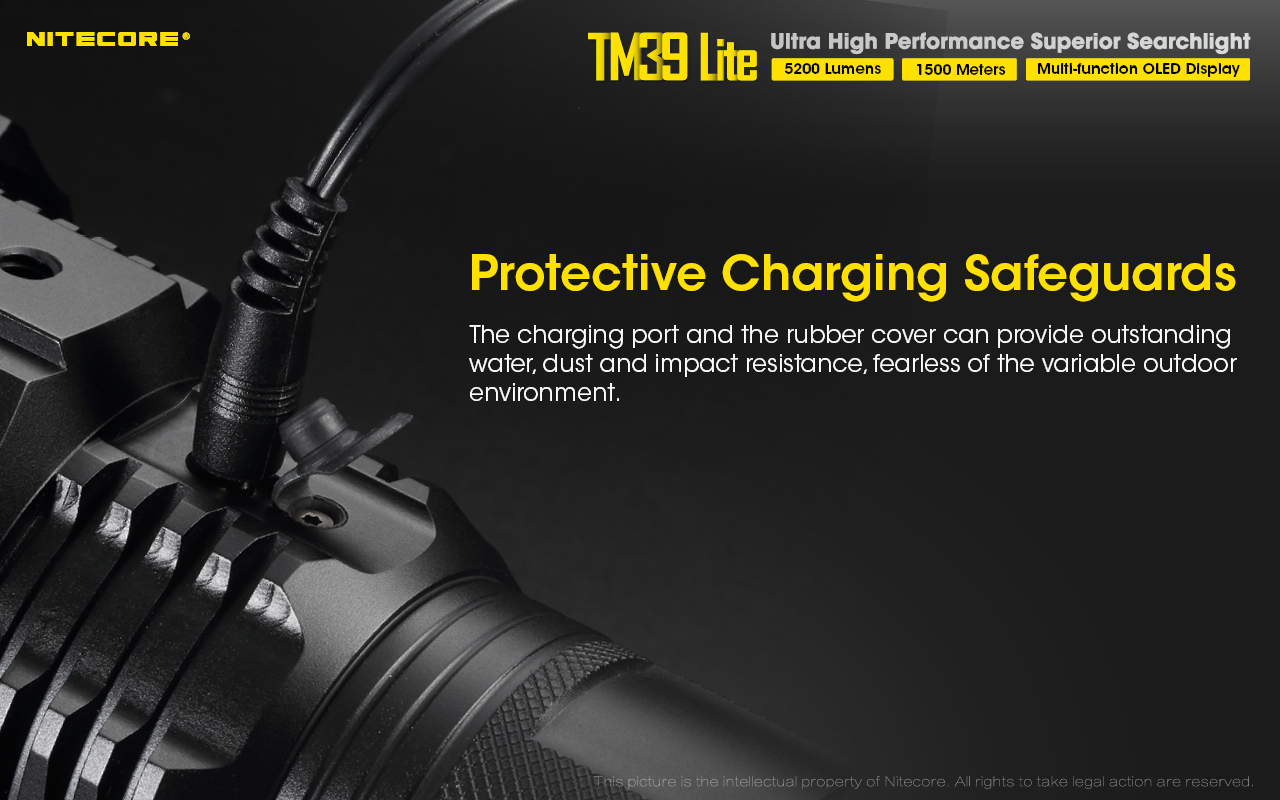 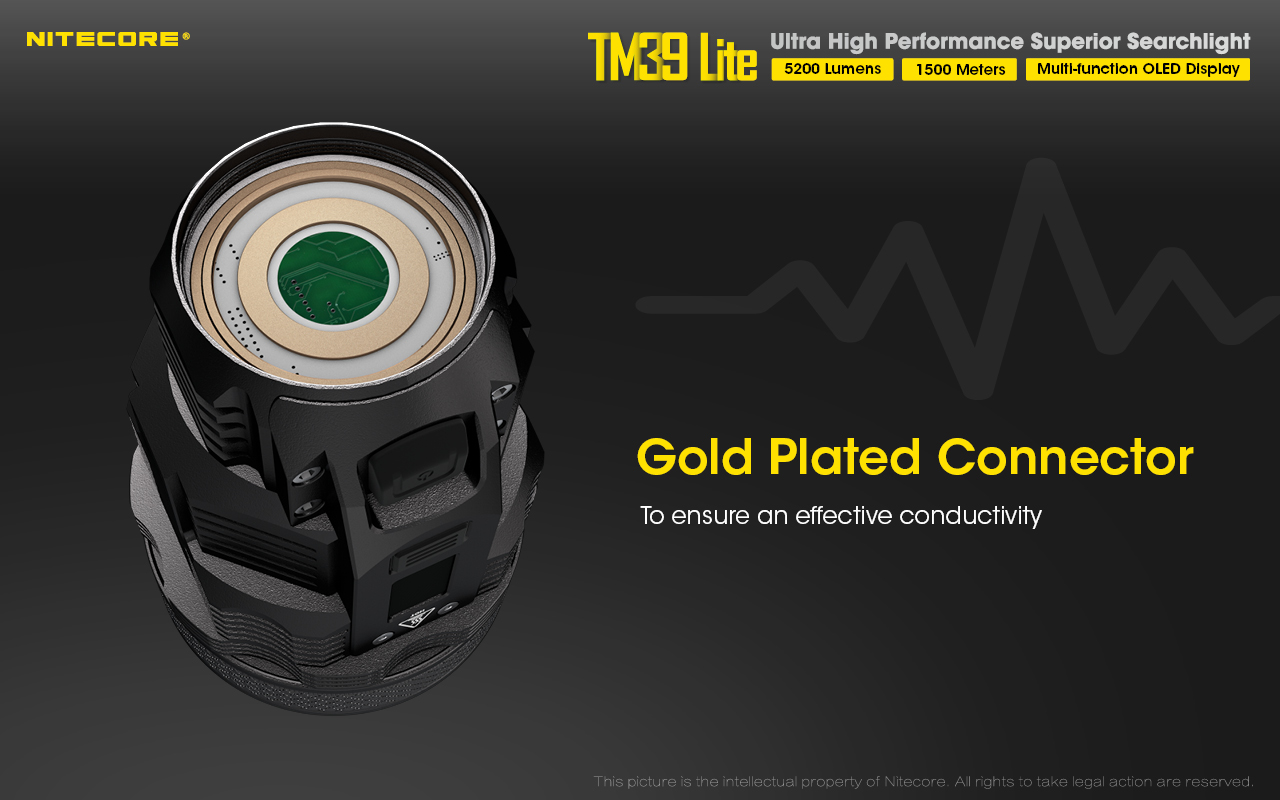 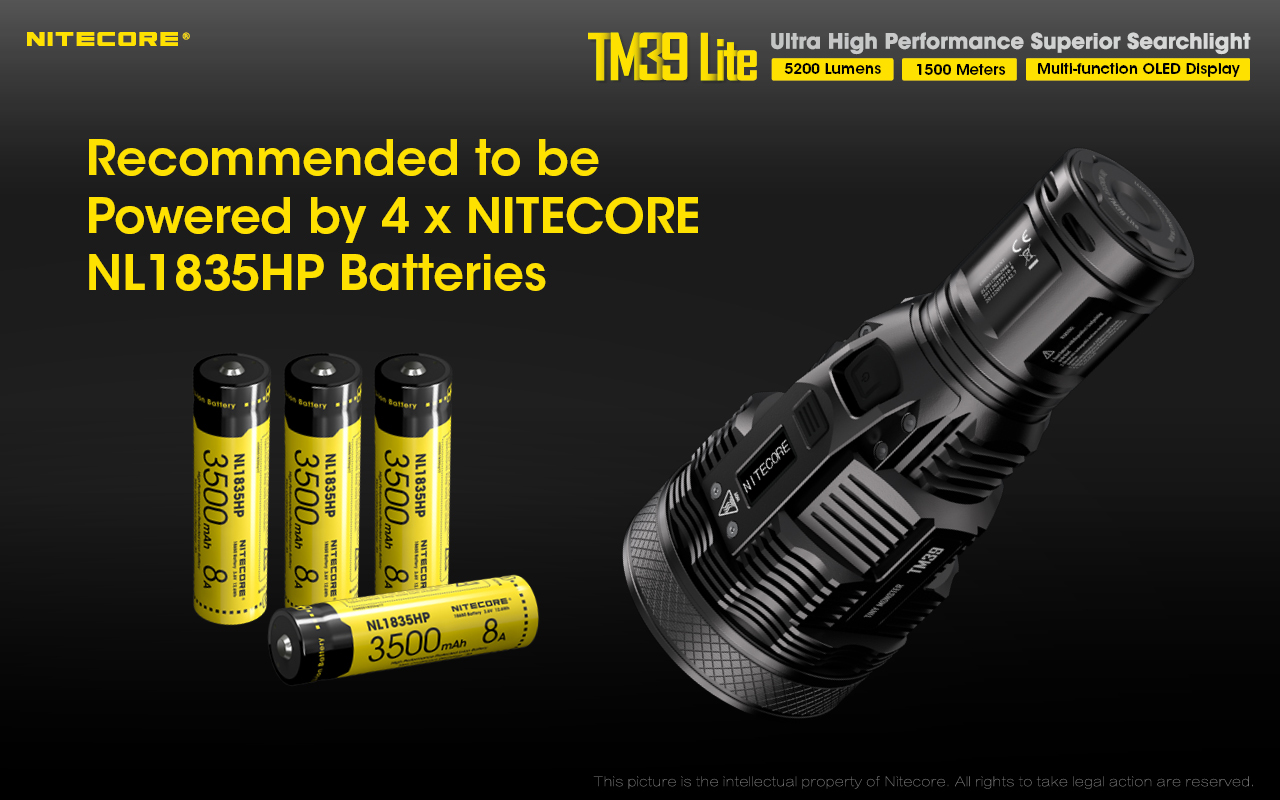 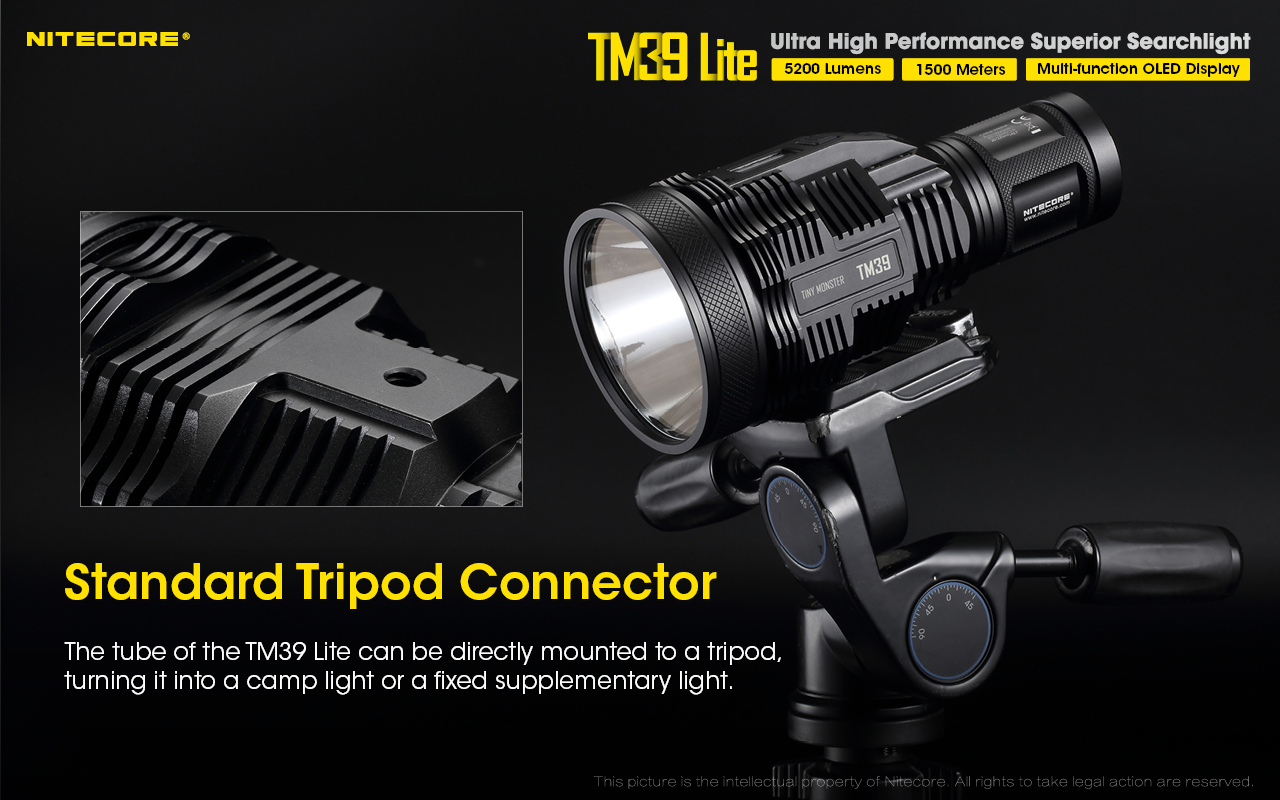 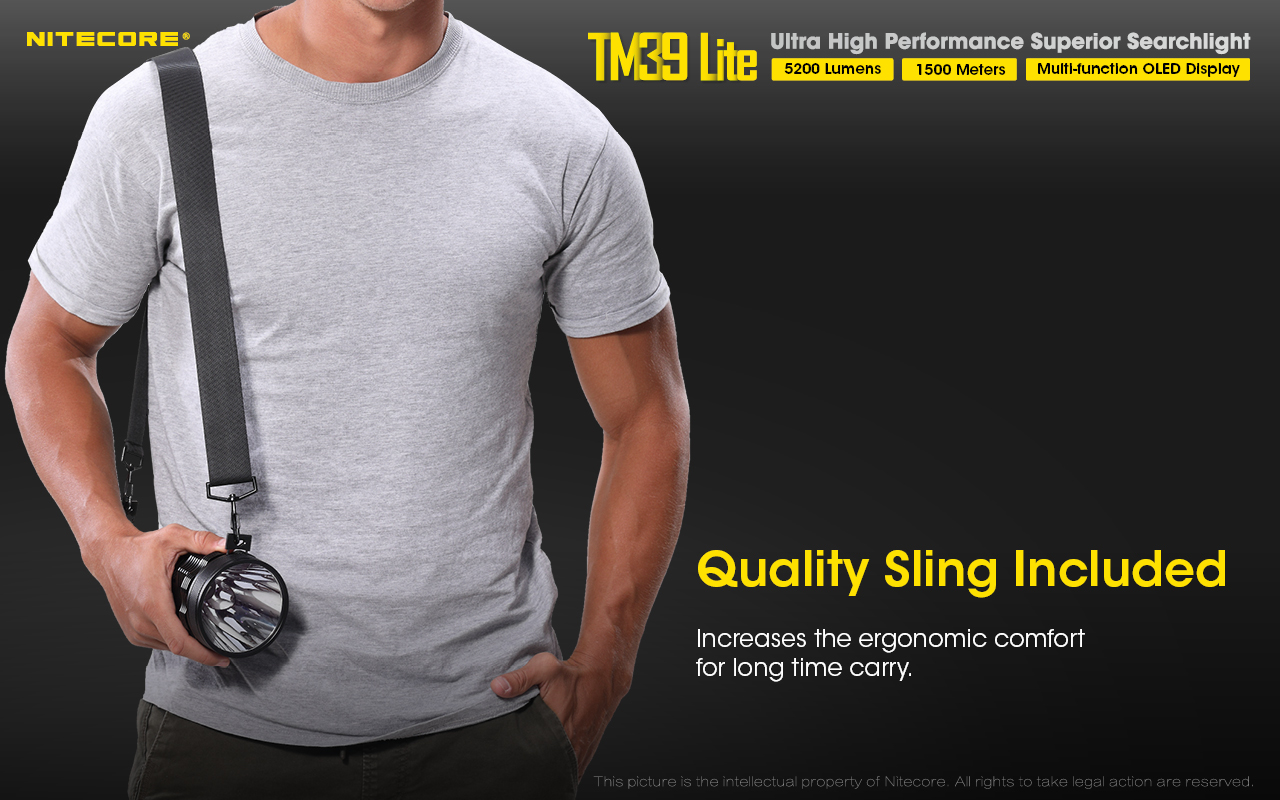 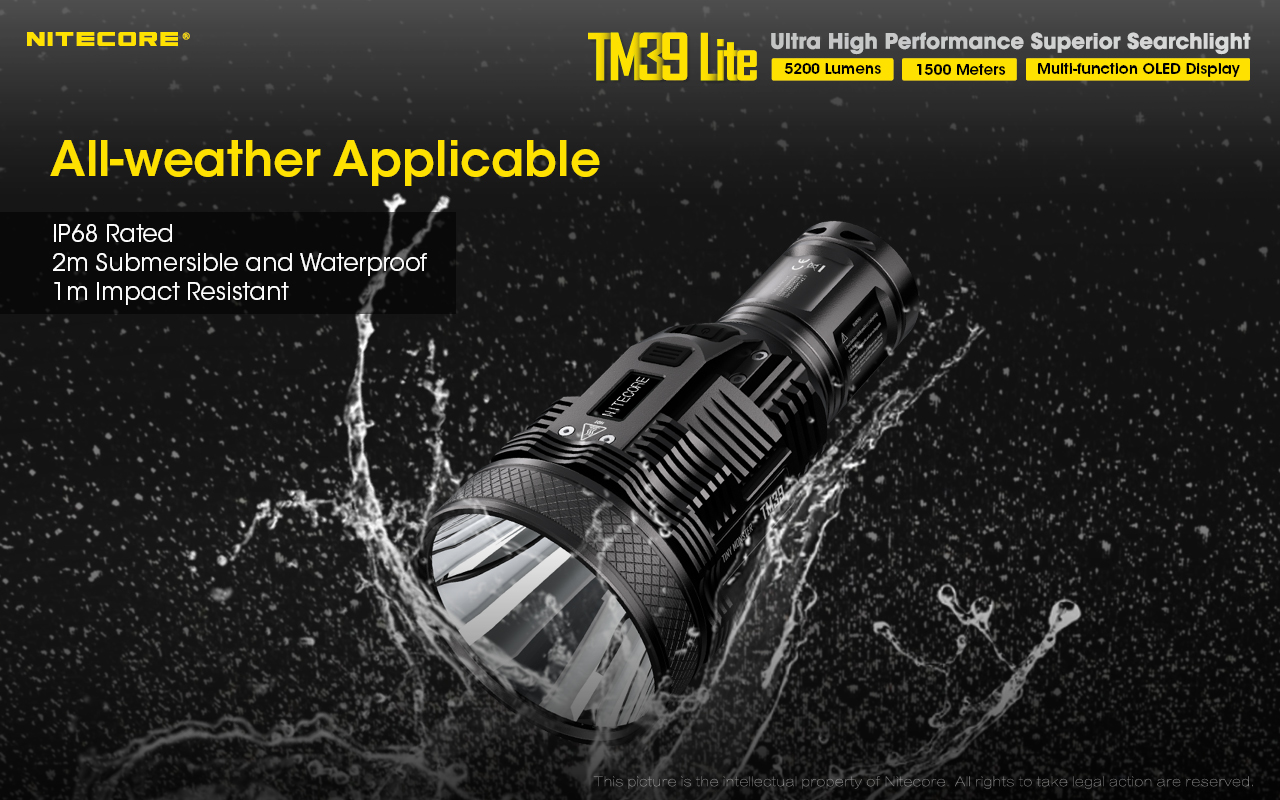 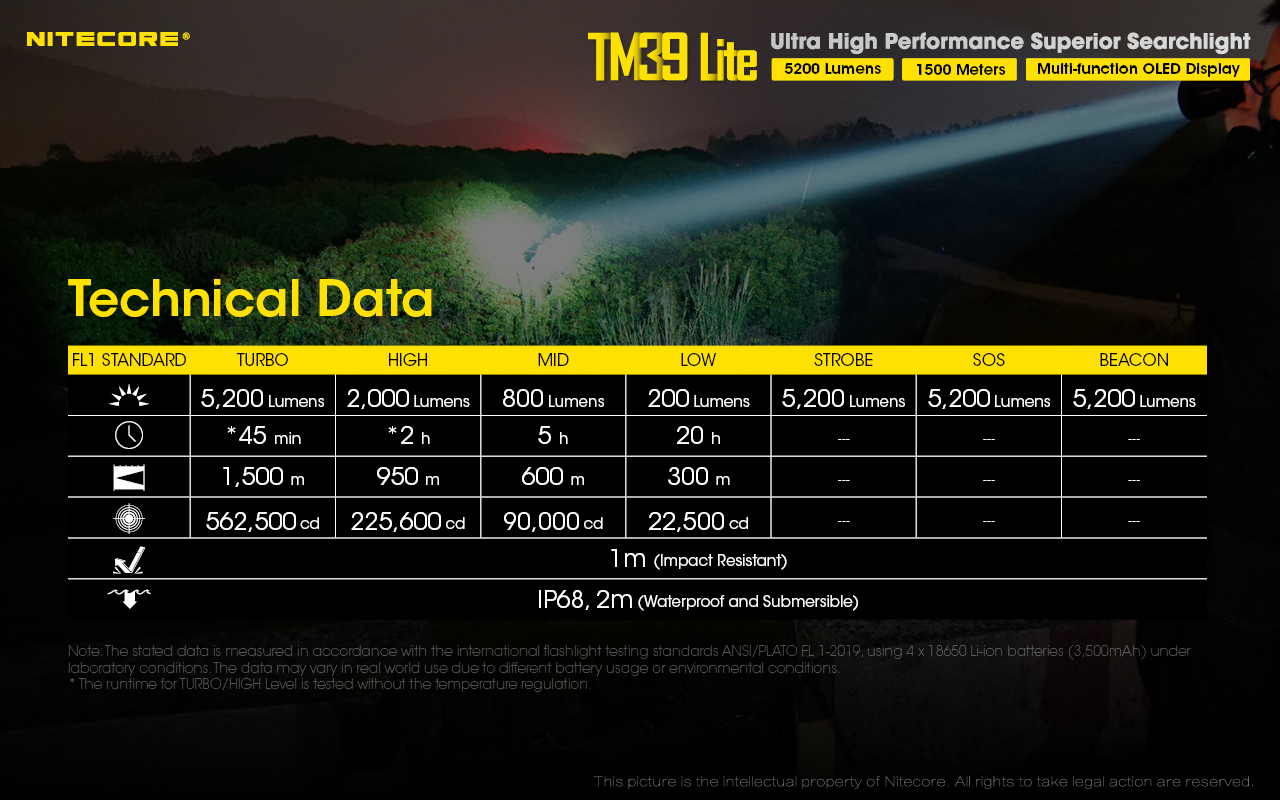